We have been informed by his family that the funeral of Stuart Hull will take place on Tuesday 24th August, 1pm, at Dewsbury Crematorium

The car will leave his home at approximately 12.20, and will take Stuart into The FOx’s Biscuits Stadium, to travel past the Bede Stand, turn in the carpark at the back and proceed to the Crematorium from there, giving his friends from the breakfast club, and supporters, the opportunity to pay their respects at the club.

After the service the family will return to the club to celebrate Stuart’s fantastic life in The Bulldogs Bar. All are welcome to attend and raise a glass to a great man.

Yesterday were received terrible news that our great friend Stuart Hull had finally lost his battle with illness.

As well as being a lifelong supporter, and sponsor through his business, he became more involved at The Bulldogs after his son Paul joined the Board of Directors, and gave over 10 years service to the club.

Following his retirement Stuart became a linchpin of the stadium Monday to Friday. With an army of fellow volunteers, he would paint, clean, repair, (& often make worse!) anything he could find that needed attention. The group who work at the club during the week have saved us thousands in the process and we are incredibly grateful to all.

Moreso, the huge success of our Tuesday morning Breakfast Club, can be largely credited to Stuart who, cooked, cleaned, organised trips, Christmas Dinners and much more.

Above anything else, he was a lively infectious man, chatting & laughing with anyone who would listen, and will be missed by many. Our thoughts and deepest sympathies go to Paul, Sylvia, and their family at this awful time, they can be very proud of great man who was loved by many.

God Bless you Stuart Hull, and thank you. 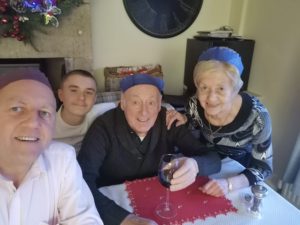 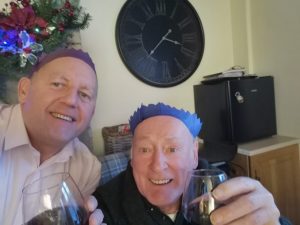