We’re thrilled to have captured the signature of experienced Half-Back Tom Gilmore.

With over 60 top flight games in his time at Widnes Vikings, followed by spells at London Broncos and Halifax, before appearing this year for Salford Red Devils back in Super League. 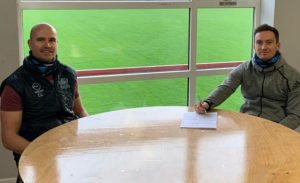 Described as a “Traditional Number 7” Tom relishes the central role, directing his team around the field.

Head Coach Craig Lingard is understandably delighted with the move “Tom will be a great fit for us. He brings a wealth of experience at the highest level, and a strong knowledge of Championship Rugby League as well. We’re looking forward to working with him, he’ll be a massive asset to the squad”

We spoke to Tom on his thoughts on joining The Bulldogs, and his career so far.