A double dose of good news at The Fox’s Biscuits Stadium as crowd favourites James Brown and Dane Manning commit another year to the club.

James joined the Bulldogs in 2015 and quickly became a key part of the squad and hugely popular on the terraces. Playing mostly as a Front Row, he will often feature at Loose Forward, and occasionally at Half-Back!

Powerhouse Dane Manning is in his second spell at The Bulldogs having returned from Halifax for the 2017 season.
The Second Rower is undoubtedly among the best in the division. Both signings are a massive boost to the club. 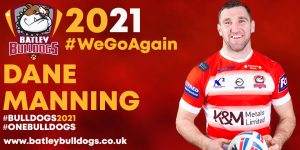 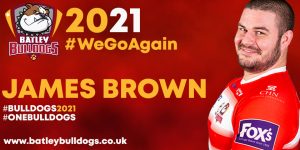